It’s been a while since my last post but there are reasons which I can report to justify my absence.  I’m sorry to say that Mom is not doing well and the family has been rallying around her to provide support and arrangements for her care.  She is 90 and has been rather vigorous but suddenly began a downhill slide with kidney failure, congestive heart failure, and a probable stroke.  She was initially hospitalized, then moved to Palliative Care & Hospice of Catawba County last week.  She seems to be comfortable but is bedridden and cannot feed herself.  Somehow this beautiful flower reminds me of her beautiful life which has been such a beacon for us all.

Mamaw, as she is known to her grandchildren and great grandchildren, came to the Rhyne family as a stranger who stole my father’s heart almost 70 years ago.  She took to heart the words that “your people shall be my people” and despite some rough times becoming accepted in the beginning she came to be the beloved Matriarch of the Rhyne family, the last surviving member of my father’s generation. Another reason I’ve not posted in a while is that Billie and I traveled to Tallahassee to visit our daughter and son-in-law this past weekend.  Lucy has just finished her Ph.D. requirements at Florida State University, and we went to congratulate her on that chapter of her life and on her coming transition to faculty member at Rolllins College in Winter Park, FL.  She and Ben will be moving to the Orlando area in August.  With these big changes in their life and their distance from Mamaw during this time she and Ben needed some hugs. 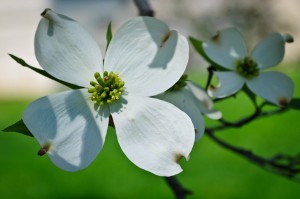 It was good to visit with Lucy and Ben, to congratulate them both on their successes, and to reassure them that Mamaw was being cared for by people who are intent on making her comfortable.  It was also good to visit with Mom on our return and to hear her say that “Peter has been here several times.”  We weren’t sure until that time that Mom was aware of who we were.  Those six words of recognition were important, both because she recognized us and because she wanted us to know that she valued the visits from her grandson Peter even though she had not been able to tell him when he was there.  How like her to think of her family rather than her own circumstances!