Billie and I joined my brother Jim and his wife Susan at the gathering for brother John’s 77th birthday.  John’s three children – Todd, Christy, and John Michael – and spouses Jessica and Darren were there, and John’s two granddaughters Reese and Emerson brought a smile to John’s face. 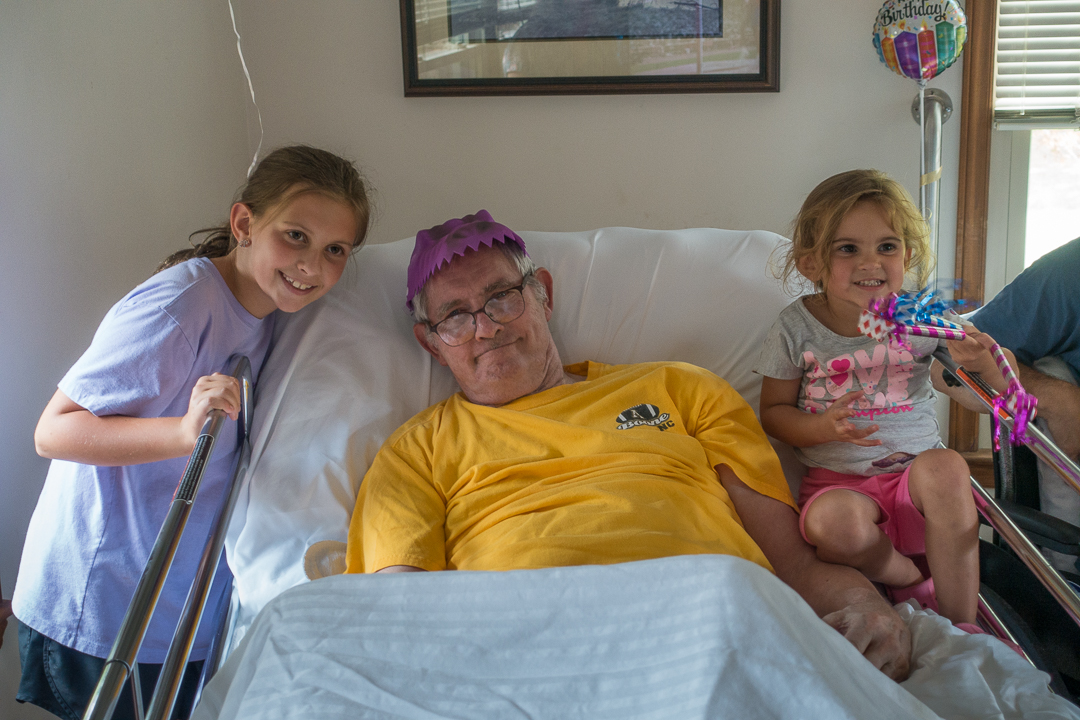 We had cake and ice cream and spent some time sharing stories as brothers will do.  The three brothers posed for a picture to commemorate the gathering.