June 9 – Wasilla to Anchorage to Whittier

Today we traveled from the Mt. McKinley Wilderness Lodge to meet our cruise ship at the port in Whittier, passing through Wasilla and Anchorage, then along the Turnagain Arm of the Cook Inlet, and finally through the tunnel to Whittier.

At Wasilla we visited the Iditarod headquarters and rode behind a real team of sled dogs.  What a rush! 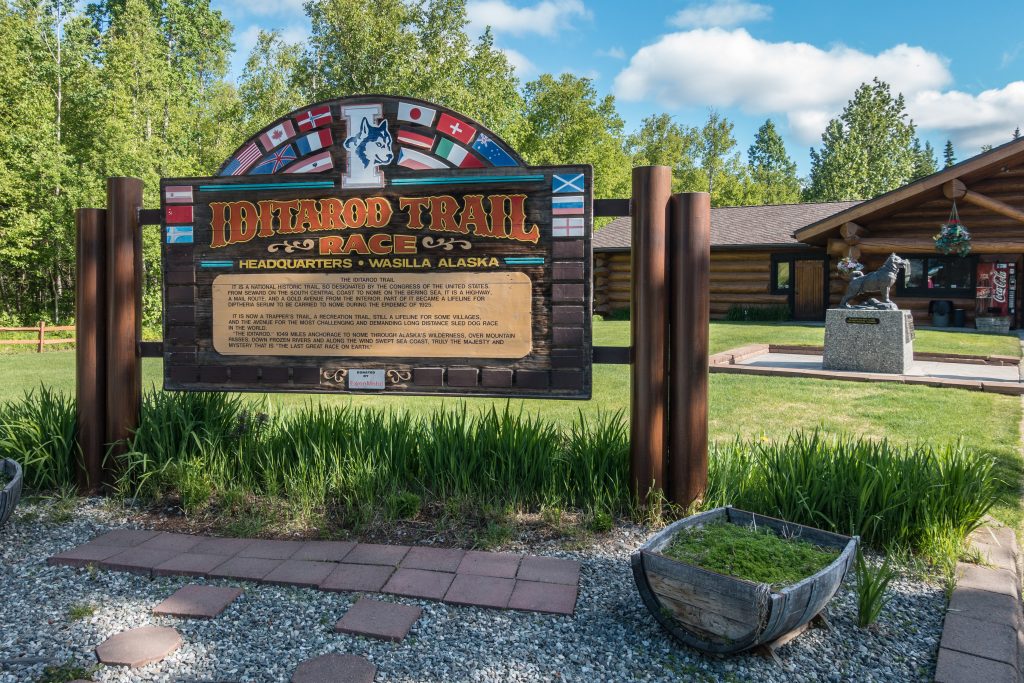 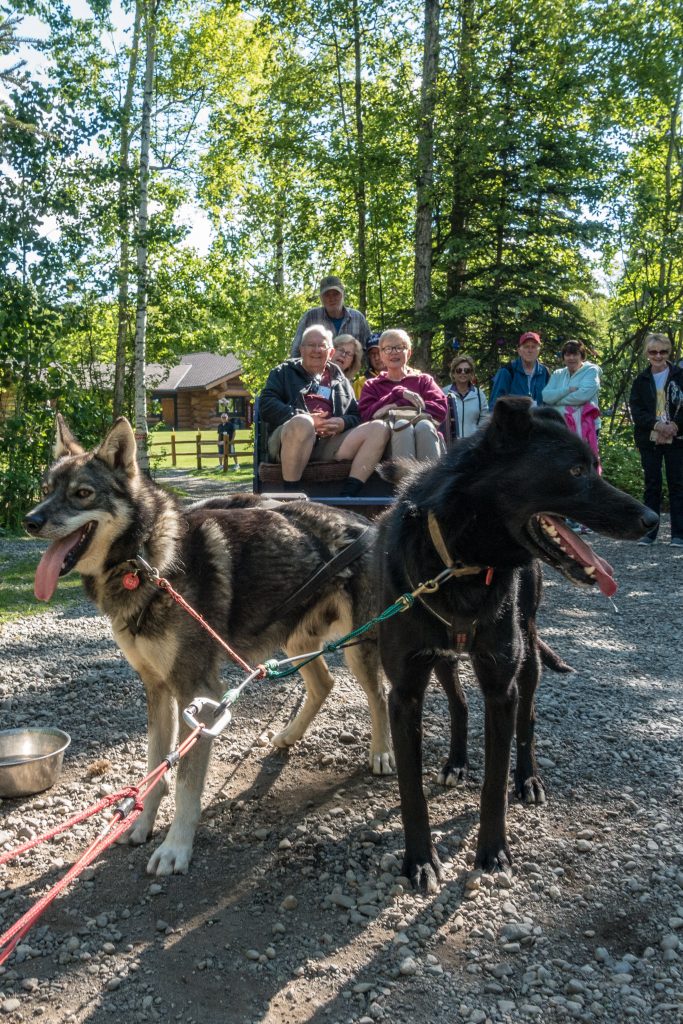 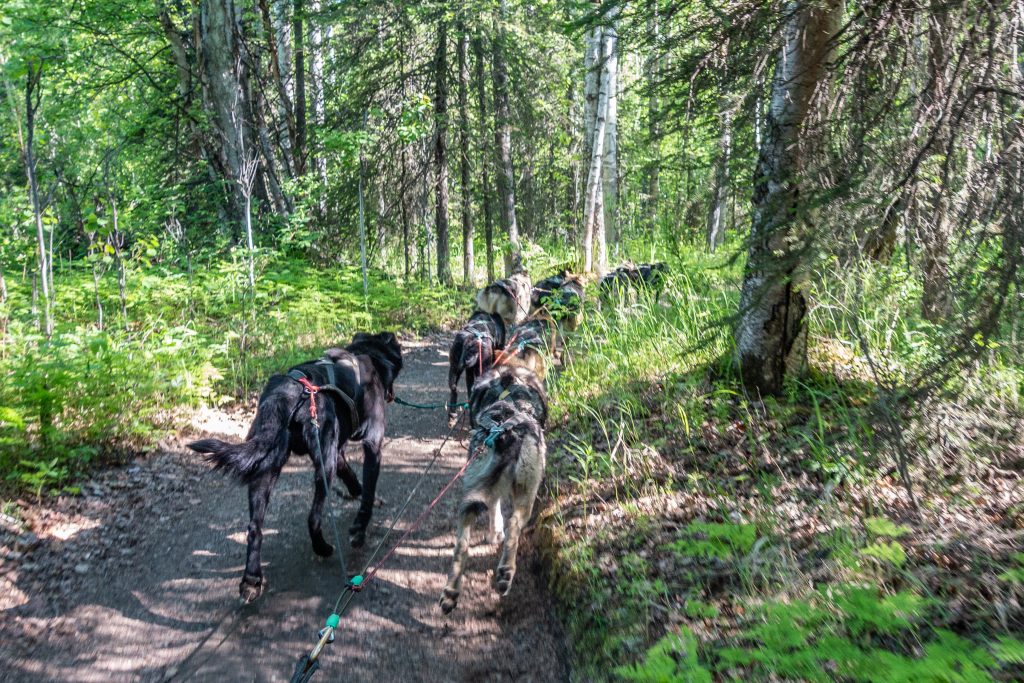 I recorded a video of this ride, but so far I can’t get it to load properly and play on this site.  Trust me, it was a rush and we were really moving!  Come visit and I’ll play the video for you.

Next stop is Anchorage, the largest city in Alaska.  We took a short motor tour and then explored the city on foot, beginning with the Anchorage Market and Festival (it looked like a big Farmers’ Market to me) where we had salmon quesadillas for lunch. 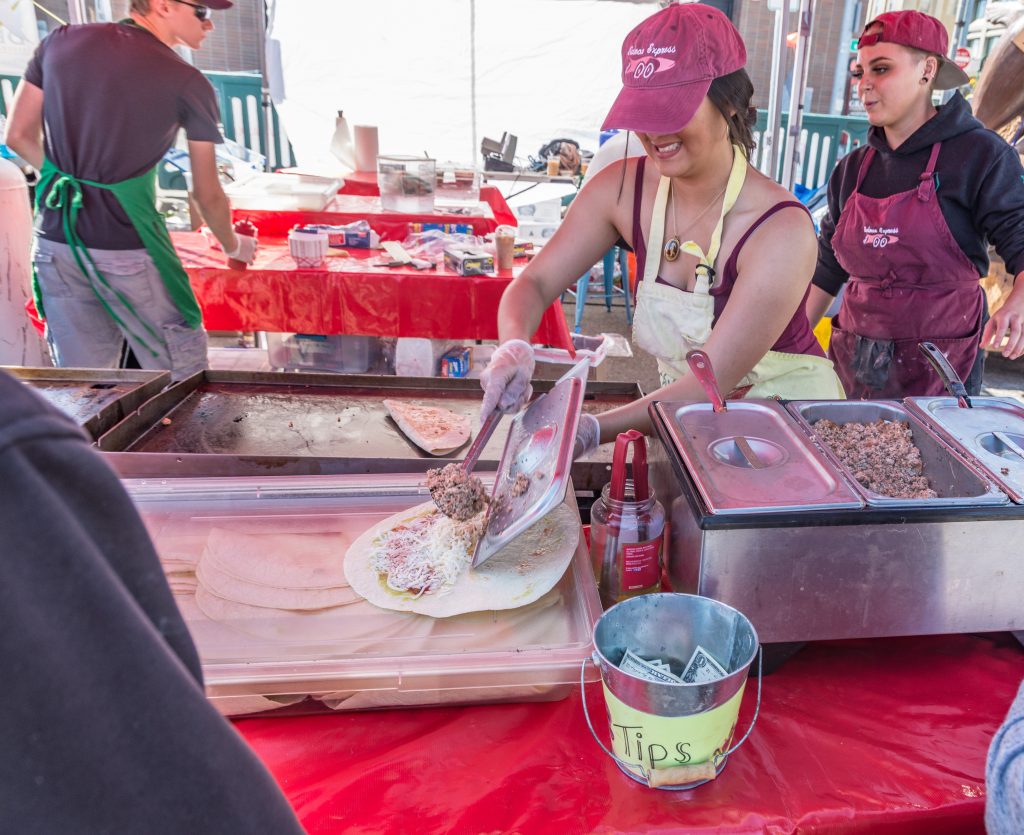 Salmon Quesadillas at the Anchorage Market and Festival

We were entertained by cloggers/singers who might have come from Nashville, and then we took in the city sights. 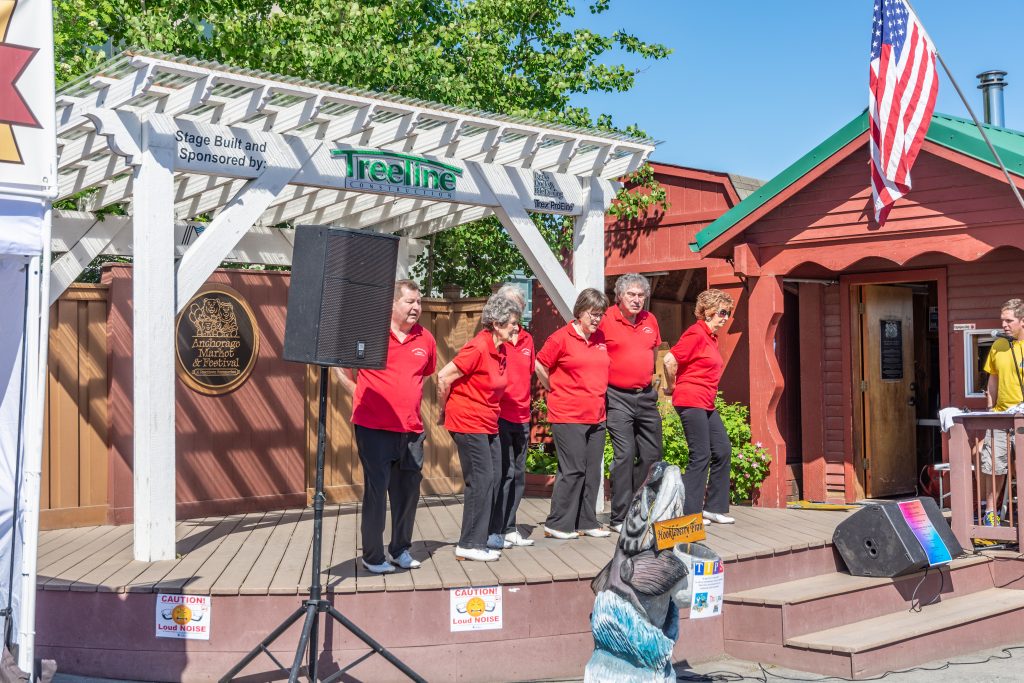 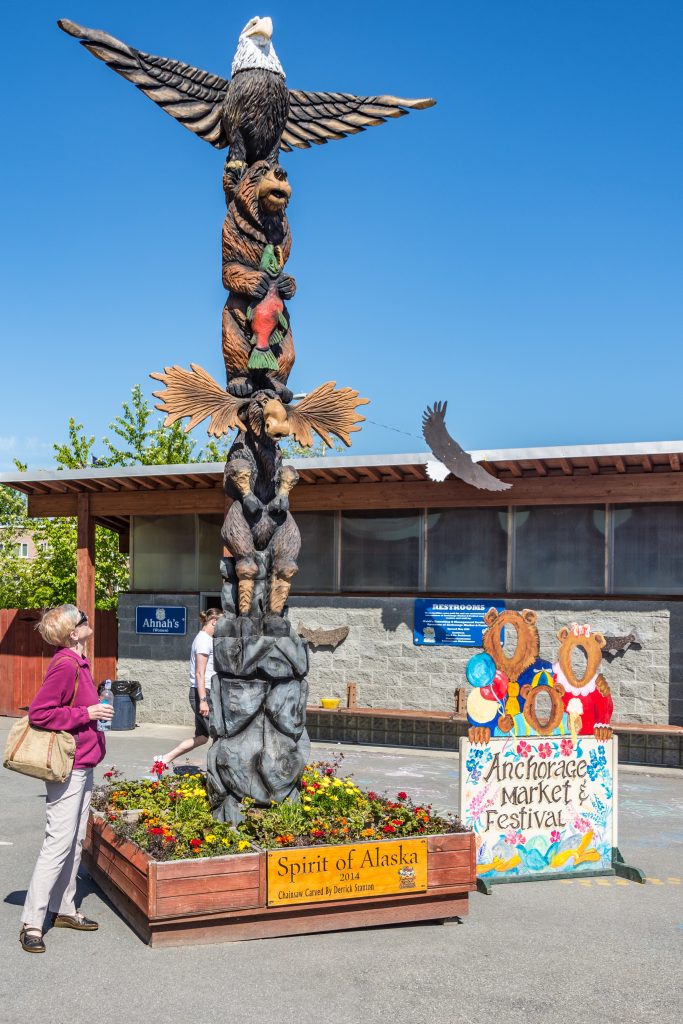 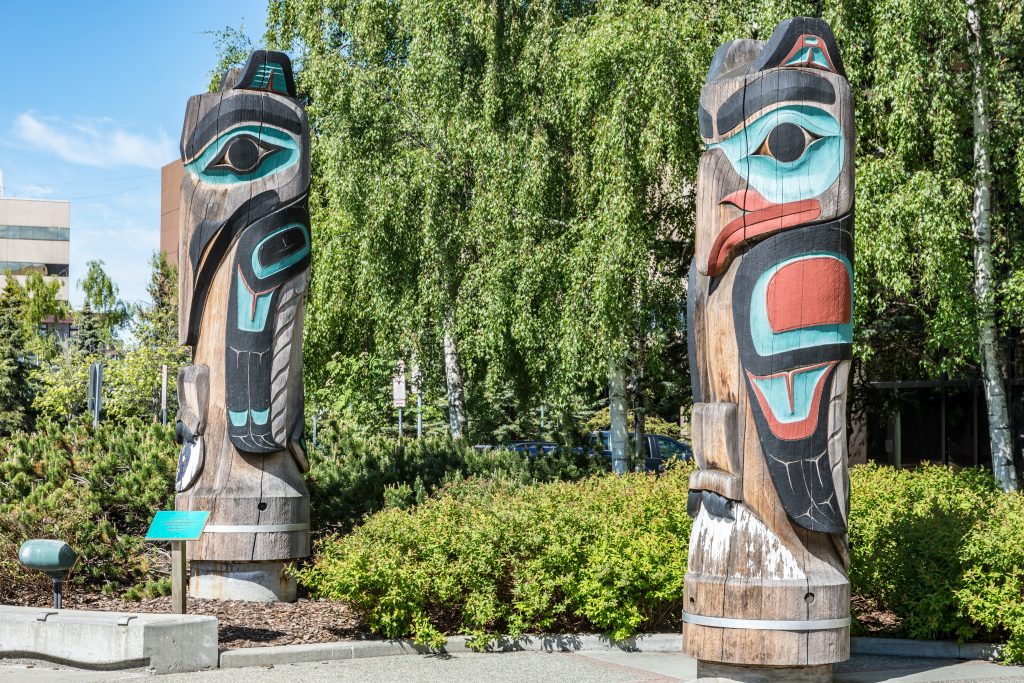 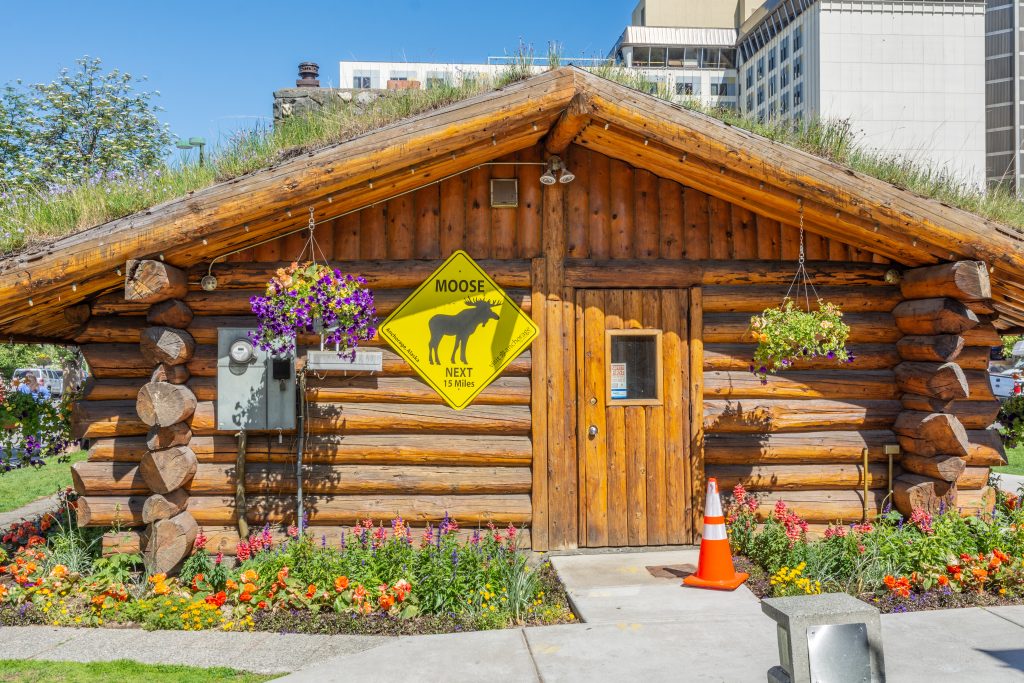 Captain James Cook is a big name here since his ships discovered the area and checked out every little creek and inlet while they were looking for the “Northwest Passage.” 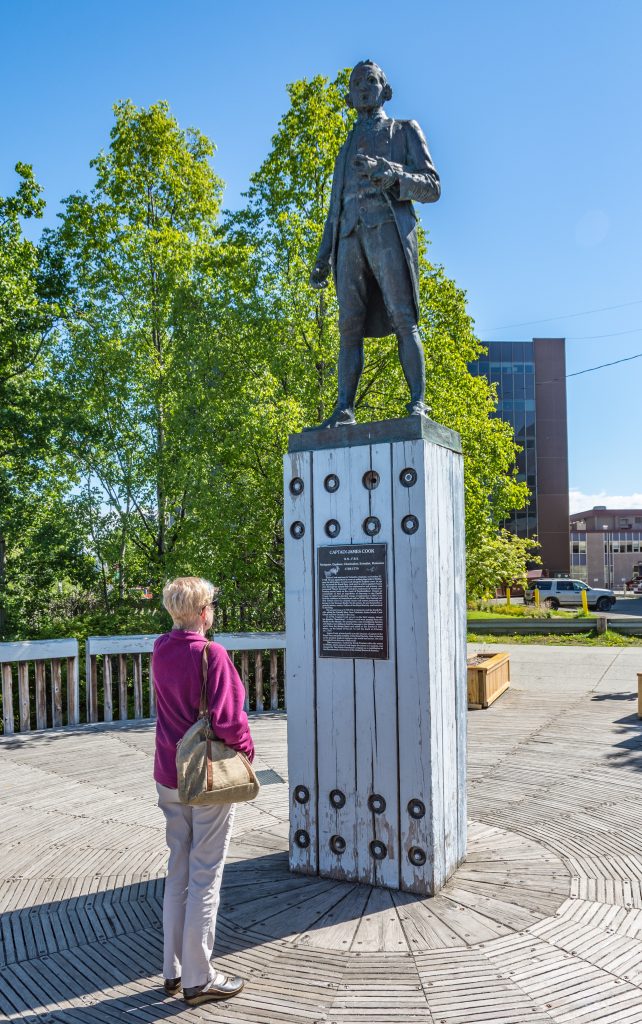 Our ultimate destination today is the cruise ship harbor at Whittier, but we have another stop or two before we get there.  We spent some time at the Alaska Wildlife Conservation Center in Portage before setting out for Whittier. 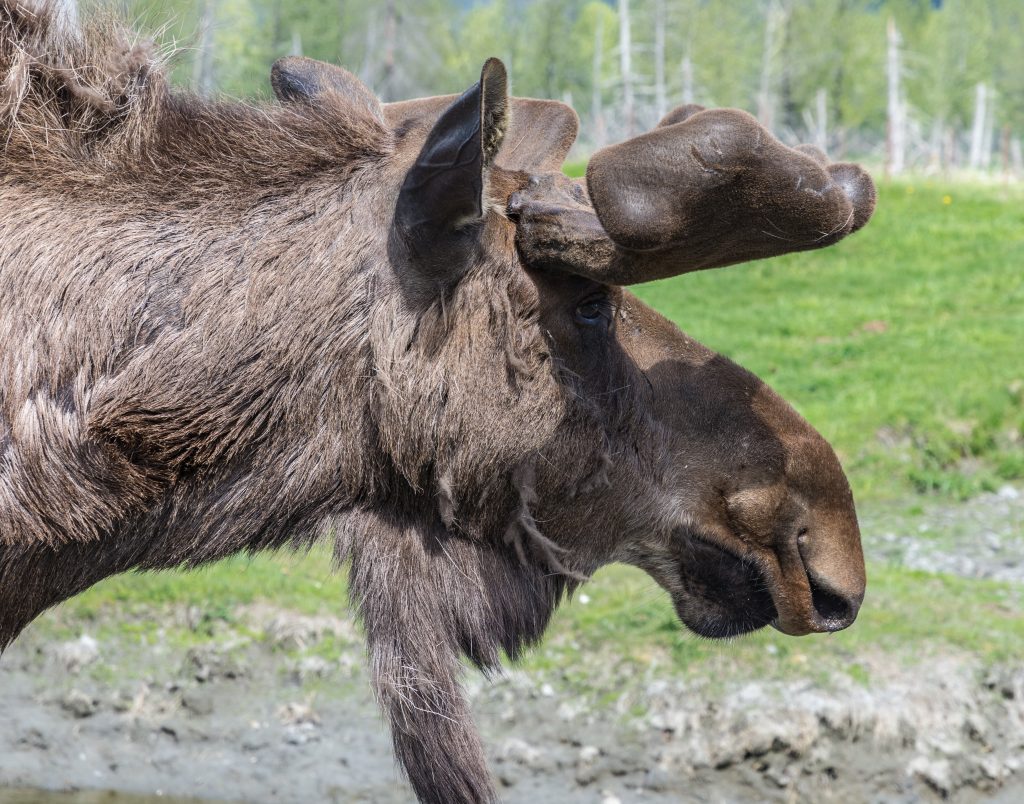 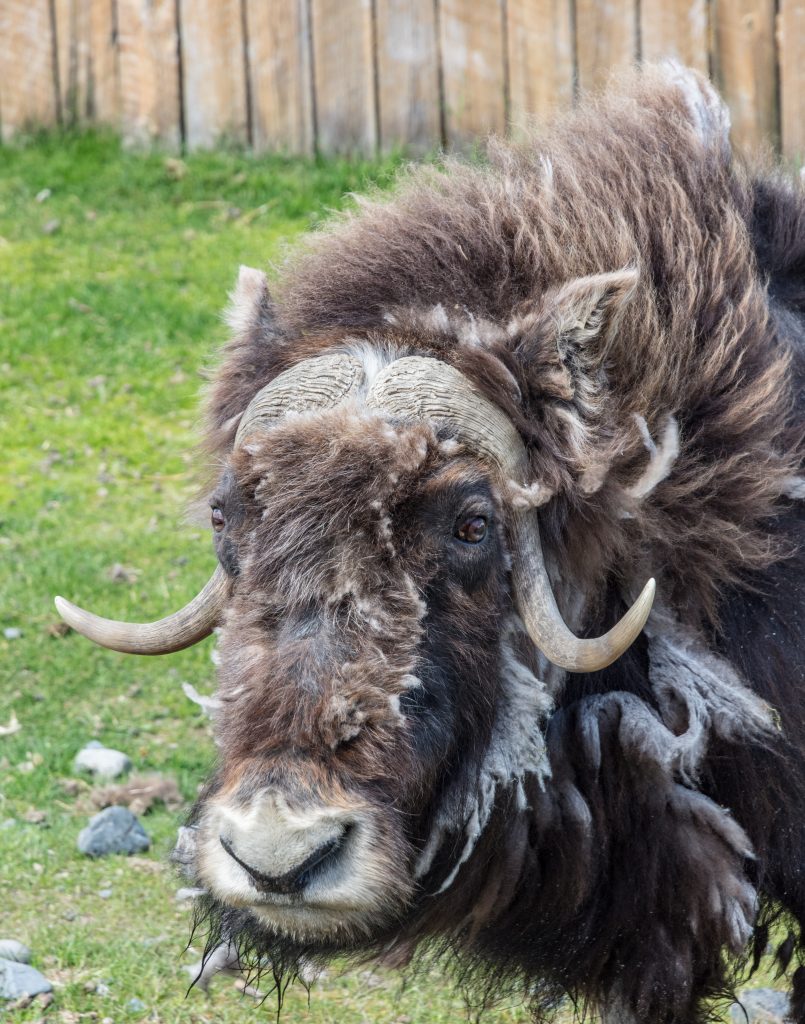 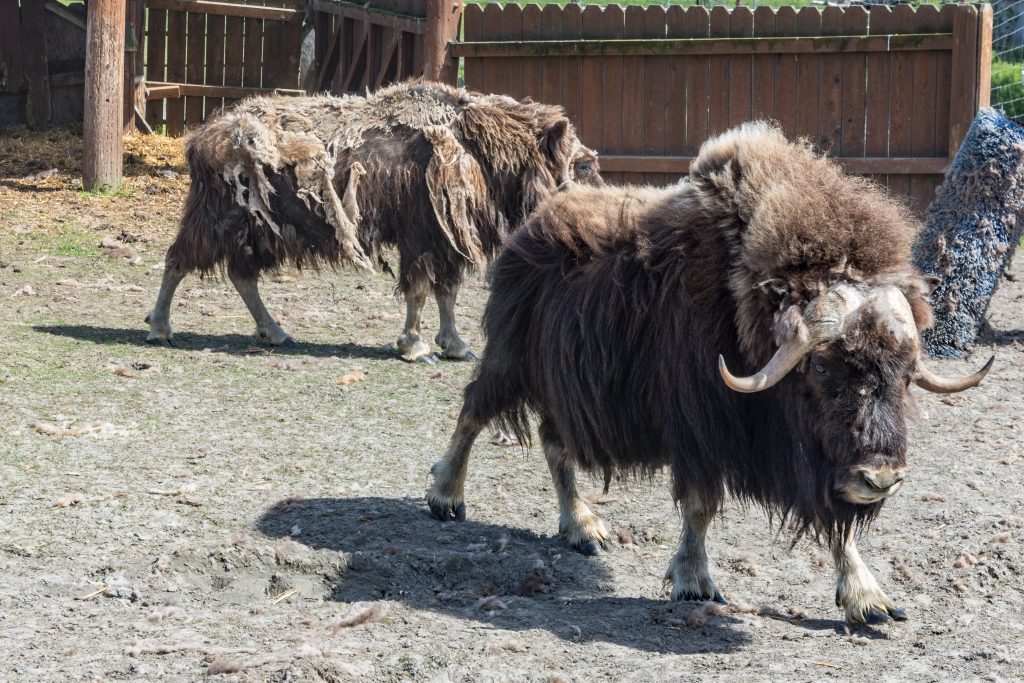 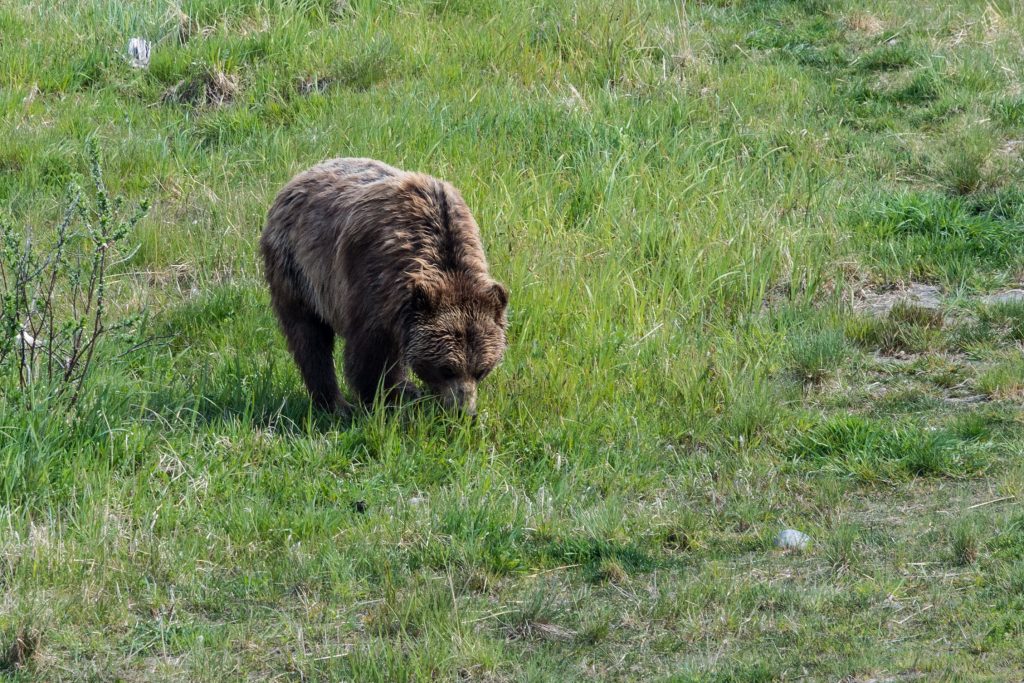 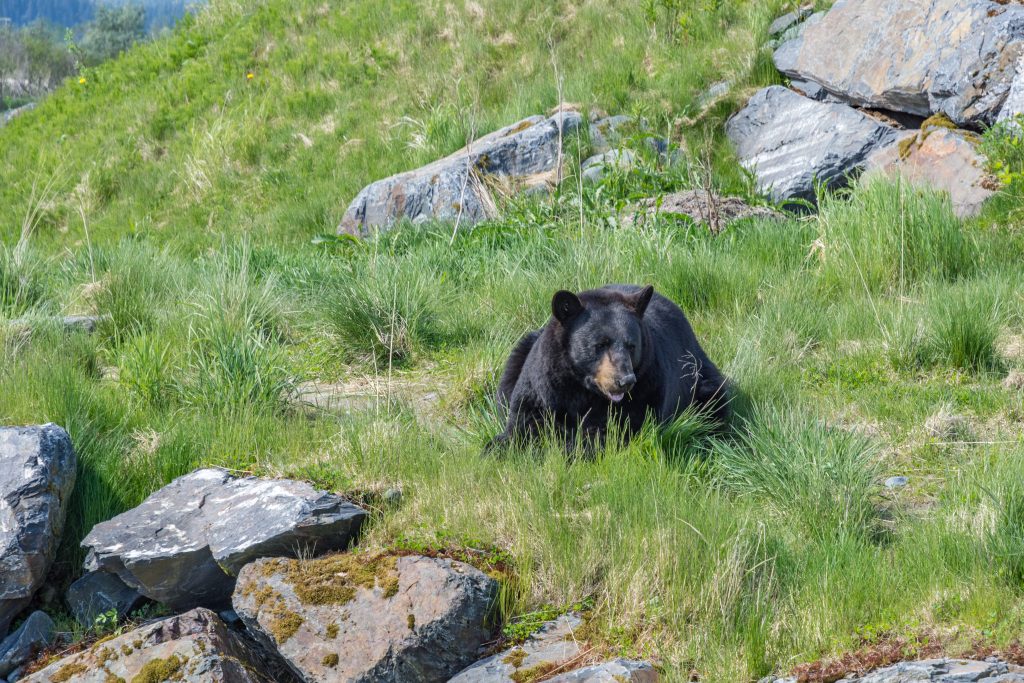 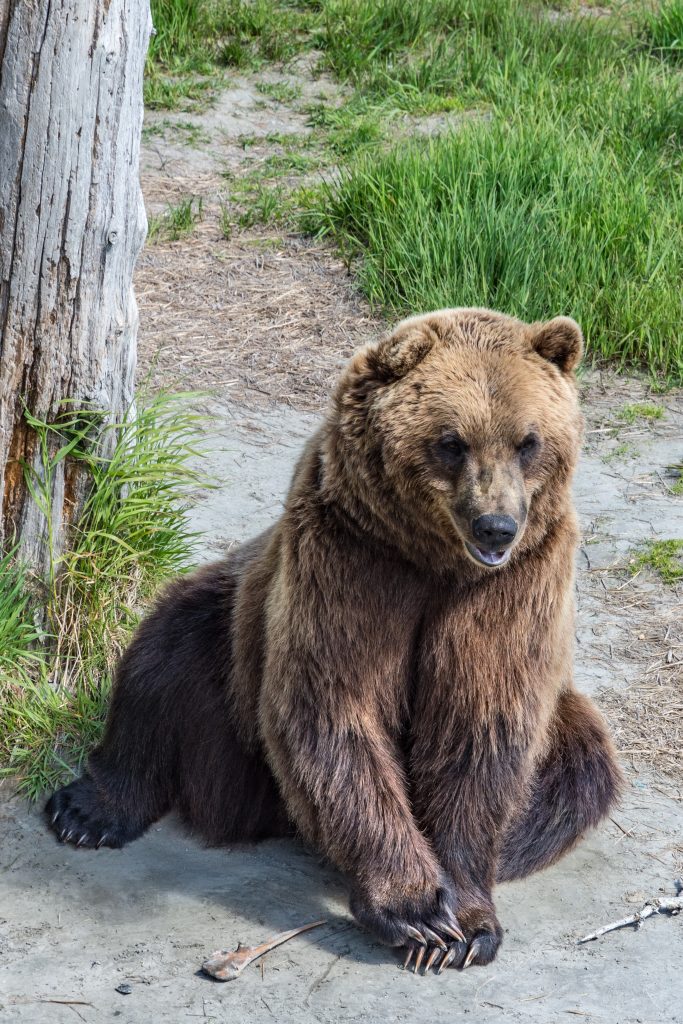 Our roadway took us along the Turnagain Arm which is one of two branches off the Cook Inlet.  This Arm has the second-highest tides (behind those in the Bay of Fundy) in the world, and the spring tidal bore gives surfers a thrill.  We found the area to be beautiful! 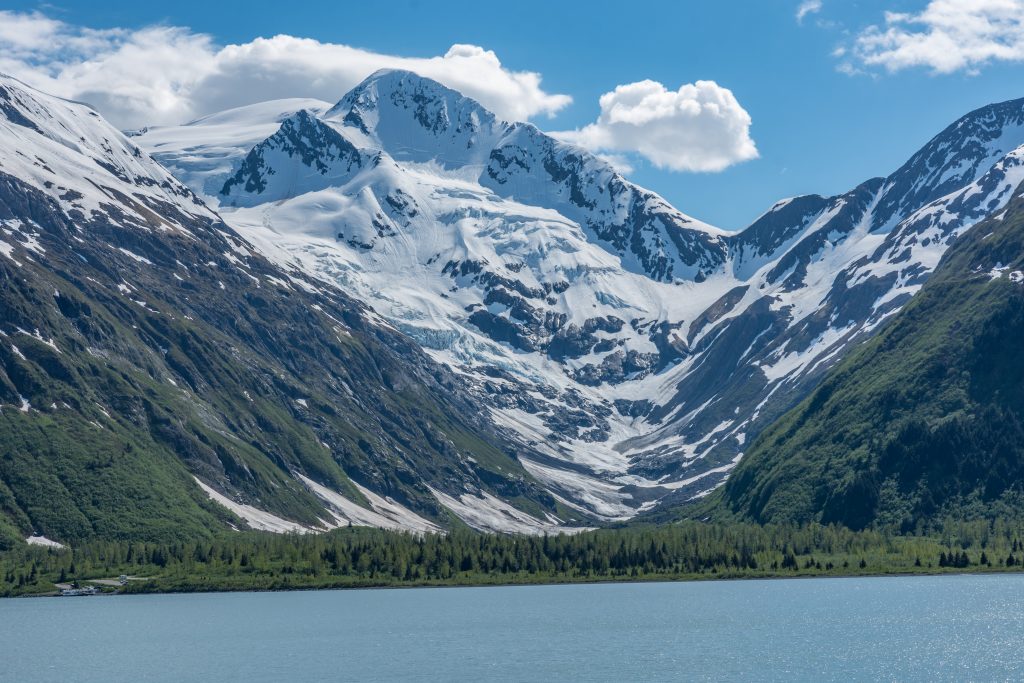 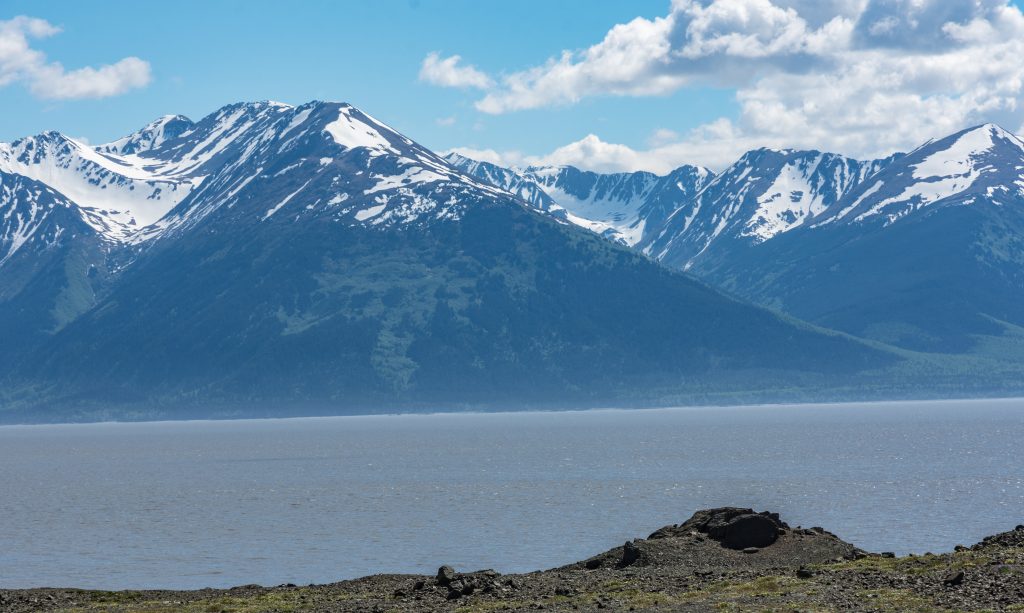 Whittier is reached by traveling through a 2.5 mile tunnel, the Anton Anderson Memorial Tunnel.  This tunnel carries railroad traffic, motorized vehicles to Whittier, and motorized vehicles from Whittier, alternating the flow since the tunnel is only one lane wide!  One must have an appointment to go through at a particular time.  We made our appointment time and after a flurry of activity we boarded the Golden Princess and found our stateroom on the Lido deck. 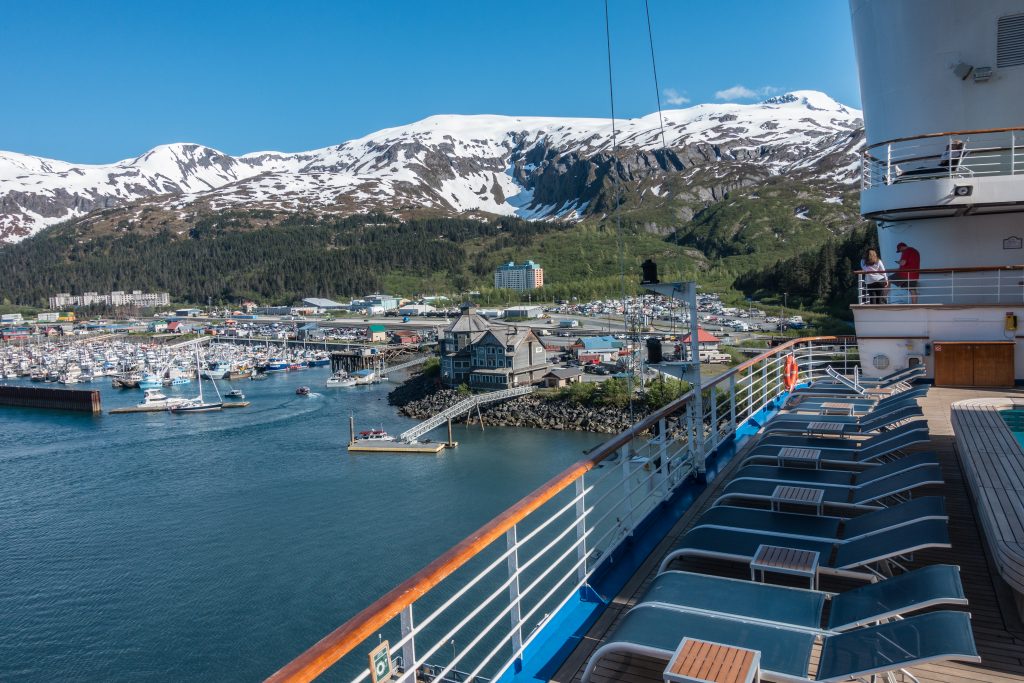 Now the second part of our fantastic trip begins!